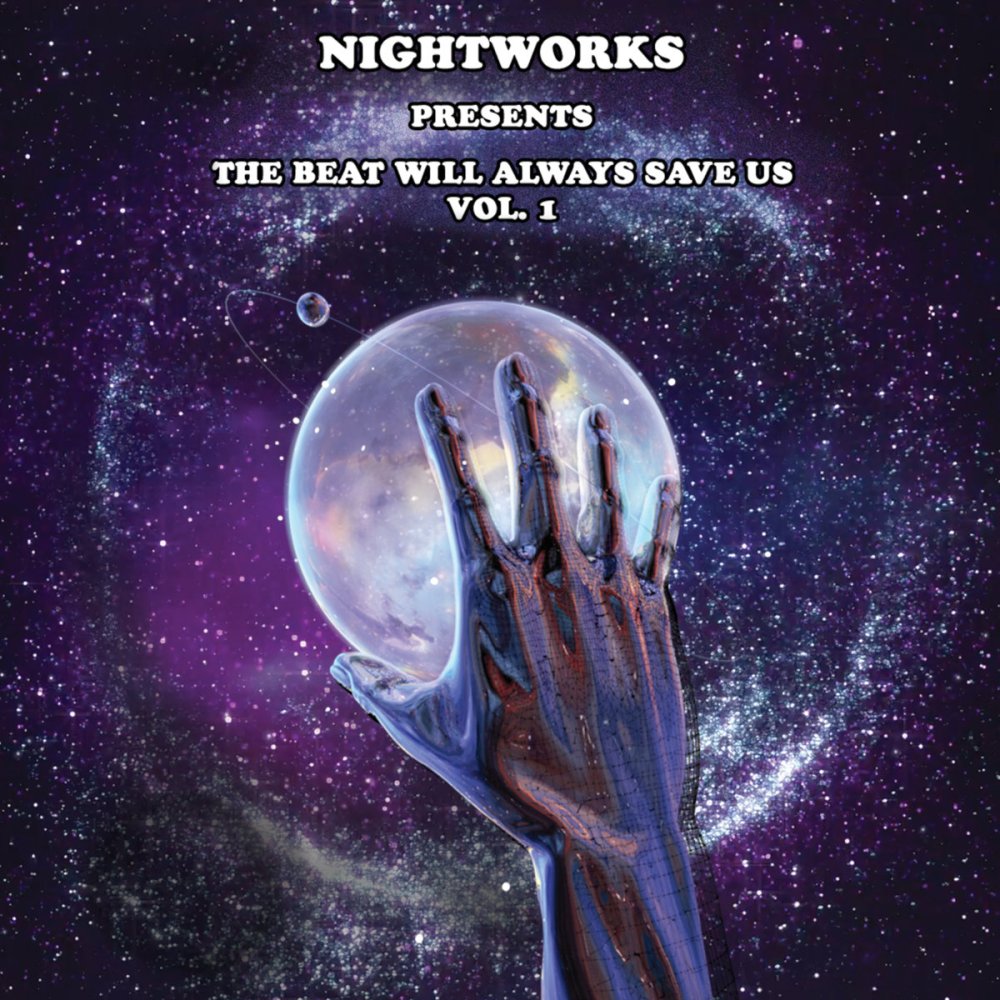 Nightworks (VA) – The Beat Will Always Save Us Vol. 1
Dome of Doom
December 7, 2018
In the cross-section between hip-hop and electronic lies the beat movement, first harnessed through Los Angeles with a multitude of icons and rising artists. Now that the network is solidified into music history, a new wave of producers has sprung life, with Rah Zen channeling this essence through his community in Boston. Initiated in part by Los Angeles based label Dome of Doom last year with his debut LP Midnight Satori, Rah Zen would create the Nightworks event to further expand on his first album, the ethos of Low End Theory, and an eclectic field of minds that made the movement vibrate with creativity and an openness for exploration. The events are a multi-dimensional experience, including visual projections and art installations. With Midnight Satori full of raw emotion and uncompromising vision, he looked to bring that level of passion and honest perspective to an event that would bolster many people in his region. In many ways, it gives back to the people that shaped his sound and ignites a new sense of growth for those stepping forward in that process. Nightworks has grown considerably over the last 12 months, with a dedicated following and headliners that include Jeremiah Jae, Dibia$e, Elaquent, and more.
Celebrating Nightworks’ one year anniversary, Rah Zen has put together a compilation to showcase the talent that has shaped the monthly event and give the world a window into their path. Titled The Beat Will Always Save Us and scheduled for release on Dome of Doom, December 7th, the album buzzes into the speakers with warmth, vibrancy, and eclectic flavors. Each track flows into the next, expertly curated for a consistent listen from front to back. Primarily instrumental and heavily leaning on the foundations of hip-hop beats, there’s a distinct level of originality that permeates throughout. This isn’t just a rehashing of past producers but is an evolution of the ethos that pushed this movement forward. The record will be exclusively released through Bandcamp, with a limited edition cassette offered beyond the digital version. Boston is now officially on the beat scene map and The Beat Will Always Save Us is the first definitive look at this expansion.
The compilation is a Bandcamp exclusive, with order options here:
https://domeofdoom.bandcamp.com/album/the-beat-will-always-save-us-vol-1
Track Listing
Nightworks Event Recaps:
https://m.youtube.com/channel/UCxHEWL7zHkz98eXPBYu_9bQ/videos