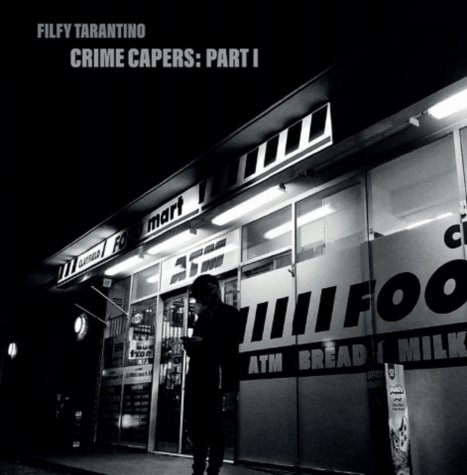 Hip hop has connected many people over the world, today’s guest being a prime example of that. Sharon and I set up an event last summer that featured Daniel Son, Asun Eastwood, Pounds and many other talented emcees. During a break in the action I started chopping it up with a young guy that said he was a producer from Australia who stopped by to check out some of his favorite rappers. His name was Filfy Tarantino, and he told me his album would feature Dan, Asun Eastwood and some others and to watch out for it. Couple months go by, and sure enough Crime Capers: Part 1 dropped and it was everything he said it would be. Smoky guitars, hard drums and crazy features lace what was a truly dope project. That’s just the tip of the iceberg for this young hustler, I have a feeling that 2019 will be the year he makes a massive impact in the game.

RD: You really emerged this past calender year, but how long had you been making music leading up to ’18?

FT: I had been messing around making beats and writing rhymes since as long as I can remember. But around 2010 I got an MPC 1000 from a friend and really started putting in work chopping up records.

RD: Australia has really come on strong in the American underground, with Nelson Dialect/Flu/Zoomo and Royalz making a splash. What is it like locally for you guys? Do you get a chance to build together, or is everyone spread out?

FT: I’ve had conversations with Flu and hope I get the chance to work with him and all the other Australian guys who are out here really trying to make music for the culture. Unfortunately a lot of the guys who make “boom bap” type stuff in Australia are few and far between and we all work with our own teams. Who knows what future holds.

RD: Let’s get into Crime Capers Vol. 1, your debut project. Tell me all you can about putting it together, what went into the selection process for the guests and your feelings on the feedback thus far.

FT: Honestly Crime Capers was going to start as a beat tape, just some shit for rappers to write to. But when I made the beat for Bargain Bin I couldn’t stop rapping Daniel Son verses over that, so I thought fuck it, organized a feature and the rest just fell into place. I tried to work with artists that I related too or heavily enjoyed their work. The feedback has been great.

RD: How would you best describe your production style? Capers has some parts with hard drums, and others with some elements of lo-fi mixed in.

FT: If I had to describe my style I’d just call it a mess, I’m all over the shop just chopping records and finding breaks. But in my mind I try to make simple beats so rappers can catch a flow and really showcase their potential on them.

RD: What would you like to get out in 2019? The title of Capers leads me to believe there are more volumes, do you have anything concrete for Vol. 2 yet?

FT: It’s definitely in the pipeline, I’m just tying to work with artists I’ve met and built with in the last year to deliver a project that exceeds expectations and cements my production style.

RD: What’s your ultimate goal, whether its something immediate or end-game?

FT: Shiiiiiiiiit, I’m just trying to get my money up and make music. By the end of 2019 I plan on having delivered CC: Part 2 and a few other projects with artists but I’m keeping that under wraps for now.

Editors Note: While waiting for this to run, Camden, NJ emcee Sedizzy856 has announced an album fully produced by Filfy dropping very soon.

FT: Of course shout out too anyone who copped the project or streamed it. Shout out anyone who is following my progress. Extra big shout out to everyone on Crime Capers 1.