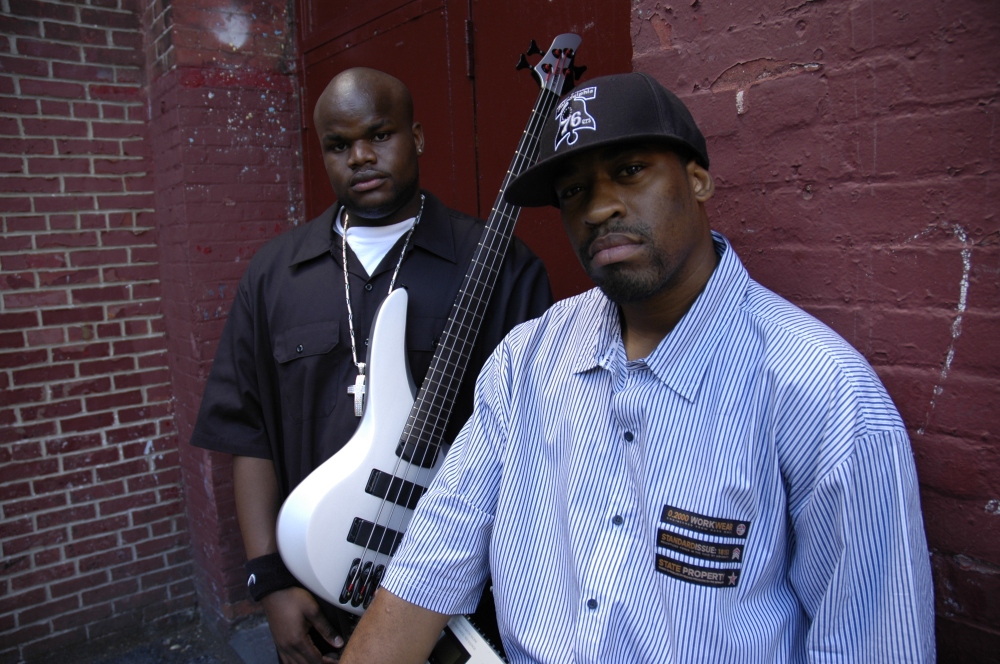 Production teams have made some of the finest hip hop over the years. The Bomb Squad, The Hitmen and many others combined talents for the greater good. One of those Hitmen, Richard ‘Younglord’ Frierson helped two young men from The Bronx get their start. 25 years later, they are producing full projects for some of the best talent the scene has to offer. Left Lane Didon, All Hail Y.T. and Snotty are among those who have blessed the mic while they’ve manned the boards. Here they detail their journey, their production album The Reagan Era, and what lies ahead.

RD: Is this a team or an individual? Can you give us some background on your past work?

SB: There are actually two of us, Rice and Rachi.  We’ve been doing this hip-hop shit for more than 20 years. Born and raised in the Bronx, we started producing in 1994. We got our first break ghost producing for top notch producers such as Younglord (Former Bad Boy Hitman) and Ty Fyffe back in the late 90’s. Shortly after that we branched off on our own and began producing records for artist such as N.O.R.E, Ali Vegas, Hell Rell, 40 Cal., Royal Flush, AG, Math Hoffa, Bathgate, Sha Stimuli, Littles, A- Mafia, Chubb Rock, and many more. Some of the records ended up on their individual projects and the ones that didn’t make the cut were used on our debut compilation album titled Str8 Bangaz Presents…Vintage which was released in 2010. So after the release of the Vintage project, we became very frustrated with the hip hop industry and the constant grind of trying to get production placements was taking its toll on us along with other outside issues, which forced us to fall back for about 5 years. However, we never stopped making beats but we did stop trying to shop and sell them. In late 2014 we slowly started to get that itch back and decided to work on an album with an artist by the name of Bunky S.A. (Former member of Lil Kim’s Tha Bee Hive Group and featured on her Labella Mafia album). We released his debut album entitled A Shot of My Life in 2015 which jump started our passion to re-enter the game. We followed that project up with another debut album later that year with Harlem’s own, Bathgate entitled Grand Opening.  These two albums which we fully produced led the way for our resurgence back onto the hip-hop scene.

RD: Delaware has one of the best movements going at the moment, and you’ve worked with many of the standouts including Jay NiCE / Left Lane Didon / All Hail Y.T. and Miskeen Haleen. Was it a domino effect after linking with one of them? How exactly did that go down?

SB: We’re always searching for new hip hop to inspire us, and in 2018 stumbled upon a dope EP by Left Lane Didon & Jay NiCE entitled Immobilaire.  After listening to the project we immediately knew we wanted to work with them so we reached out to Left Lane and sent him some records.  He instantly informed us he would be using multiple beats and wanted to release a project fully produced by Str8 Bangaz. That album was Autumn Leaves II and to this day is a classic. A timeless masterpiece. An EP with Jay Nice was in the works but never materialized although he recorded a few records. As for All Hail Y.T., a few months after reaching out to him he hit us up expressing that he also liked many of the tracks we sent him and the rest was history.  We vibed out with All Hail Y.T. and released a classic follow up to the Autumn Leaves II EP released prior with Left Lane entitled Live Well and Prosper. Miskeen Haleem was actually in the studio during a Left Lane Didon session while he was recording a track for the Autumn Leaves II EP (Mo’ Pete and Mateen).  We were already fans of his work, but that day he became a fan of ours and the friendship developed from there.  It was a domino effect, but not simply “Yo let’s do an album.” Nah, we still had to show and prove putting our A-game on display time after time.

RD: Your production album The Reagan Era features instrumentals as well as vocal tracks. How long did it take to create the project, and what went into deciding on the vocal guests?

SB: That album took about a month to finish, and while deciding on the list of MCs we wanted to feature we knew we were looking for some of the dopest up and coming underground rappers. Specifically those dope MCs who may not be common household names to people who don’t follow true hip hop. And thanks to all of the lyricist that showed us love on the album, it was a total success. A production album is something we’ve always wanted to do but just never got around to it. Our thought process has always been that instrumental albums are a way for the producer to showcase his/her talent by presenting a full catalog of tracks. We wanted to accomplish this and stay true to that Str8 Bangaz sound, which we successfully did. Instead of the artist choosing the track, it was now our choice on which beats we would put on the album. So if you’re a dope MC looking for some creative and artistic inspiration and you still haven’t copped that Reagan Era, I suggest you go out and get it. In addition to the crack instrumentals on there, we got amazing songs by some truly amazing MCs.

RD: Full projects have become standard, with you producing EP’s for All Hail Y.T. / Left Lane / Snotty and others. There has to be a level of trust there from the rapper, how much do personal relationships factor into determining who you work with on a project?

SB: Definitely a factor when we decide on who to work with but we’re also fans of these artists. We study their past material and try to get a feel for their musical habits through listening to their music catalogs. That’s how we are able to adapt and fit their style of music while also staying true to our sound and who we are (dirty loops, hard drums, booming bass). No matter which project we have fully produced for any artist, you can never say they sound the same. Most of the time many won’t believe we entirely produced many of the projects we have been fortunate enough to work on.

RD: The grind doesn’t seem to stop, are there some upcoming projects you can announce at this time?

SB: Right now, we are working on a project with a young talented female from Detroit by the name of Junii. She sings, rhymes, makes beats, engineers, etc.  She is the full package.  We produced the whole album. Also, we have another project we fully produced from a Delaware native by the name of Chris Skillz coming this year.  We’re also playing with the notion of doing another instrumental album, but this time it will only be instrumentals.

RD: What’s the end goal for Str8 Bangaz? Where would you like to be in a few years?

SB: Like any producer on the grind, the end goal for us would be to get consistent joints placed on projects for mainstream artists that we consider to be dope. This is in addition to obtaining placements on more of the well-known underground MCs. In a few years we’d like Str8 Bangaz to be a household staple when it comes to production on any level.  Hip hop and the beats you hear on the radio have changed a lot and we can’t say we are huge fans of all of it, however based on the responses we have been getting from our work we know there will always be a demand for MCs looking for that true hip hop sound and we are here to feed that hunger.

RD: Do you handle your own post-production?

SB: For the most part, yes.  If we do a project that will be released under the Bangtadis label, then all mixing and mastering is done by the legendary engineer Dan The Man.  Dan understands our production style and can bring exactly what we want out of every track without us even asking.  He knows how we want the mix to sound and expresses his creativity through the mixing process as well. Whether we want more bass on a particular kick or reverb to make a snare sharper, Dan knows how to replicate what we have already created in the crib and also enhances it once we are in the studio.

RD: What are some skills you’ve acquired that you may not have had when first starting out?

SB: I’d say live instrumentation. We play a little piano, bass, and guitar and this understanding of music is readily expressed in our tracks. Although we may not utilize live instruments in all our tracks, that foundation gives us the ability to push the ceiling on much of our sample-based tracks. A big thing with technology has been the introduction of plugins as well. You have to remember, we started in the 90s before all this plugin shit. All we had was an MPC 2000 and a sound module. But with today’s software and the ability to introduce different synthesizers into our production, it has definitely taken our sound to the next level.

RD: If you could pick any 5 rappers on Earth for Reagan Era 2, who would you call?

Thanks to Str8 Bangaz for their story, to purchase the instrumentals of the aforementioned projects as well as Reagan Era hit their Bandcamp up

The vocal versions can be found on the respective artists BC