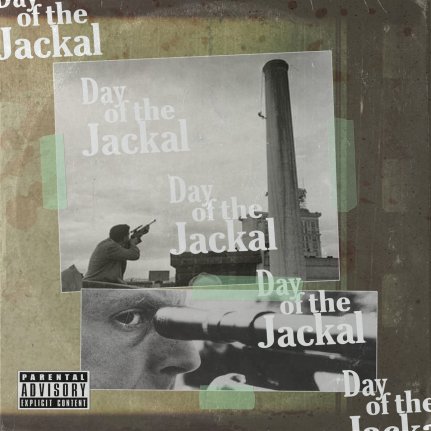 We had the chance to lock in with Hawaii’s own Abomination Oner, who after years of instrumental work dropped Day Of The Jackal, a gloomy and intriguing offering that featured a host of quality emcees. He touches on his local scene growing up, equipment, and his Day Of The Jackal project.

RD: You rep the beautiful state of Hawaii, bring us into your scene for a moment. Growing up who were some of the local favorites? Did you guys favor any style of production?

AO: Coming up, there weren’t a whole lot of local artists here in Hawaii creating Hip Hop. In the mid to late 90s, we started to see some activity from artists and crews like Hi State, Hoomanakaz, Vandalous Minds, Buzz1, Todd G, Akira8 (Tassho), and many more. For the most part, I looked up to my homies that I kicked it with, and drew inspiration from their creativity. I hung out with dudes that wrote graff, made beats, rapped, b-boy’d, and DJ’d. All that stuff influenced me in a huge way. I came up listening to heavy metal primarily, but I also listened to rap, and reggae. When I got in to high school I started listening to more rap and hip-hop. I started listening to Cypress Hill, Geto Boys, Wu-Tang, Group Home, Gang Starr, Jeru, DITC, Black Moon, Hieroglyphics, Hobo Junction, and the Pharcyde just to name a few. All these artists and groups inspired me to want to contribute to the culture. Out of all those artists though, I seemed to favor the sounds of the east coast, those hard drum patterns over soulful / jazzy samples.

RD: Beat tapes date back to 2008 on your Bandcamp, how long did it take to become the producer you are today?

AO: Well, I started making beats back in 98, a friend of mine had a Gemini sampler that had like 24 secs of sample time and 5 memory banks. We used to mess with that and just sample whatever. That sparked something within me, I felt like “man, I can create music too.” So I saved up and bought a Yamaha SU10. That was my first beat machine. I made beats on that thing and a Technics KN2000 I got from a friend for about a year or two. After that I felt like I outgrew the Yamaha. I pooled together some funds with a friend and bought an MPC2000XL in 2000. Back then it set us back like $1200, the shipping to Hawaii was a nightmare, but well worth it. We banged out beats and actually put out a beat CD back in 2000 entitled Doomzday Mechanics. We went around trying to sell them anywhere we could, consignment in record stores and just out the backpack really. Then I joined the military and went on a hiatus for about 8 years. That’s why I was inactive until 2008. I still made music when I could while I was deployed. When I got out of the military, I started linking up with other artists and releasing music here and there.

RD: Do your surroundings inspire the music in any way?

AO: I feel like my surroundings have influenced my music quite a bit. I live on the east side of the island of Oahu where 80% of the time it is raining and gloomy. I’ve been told my beats sound a little darker. I also lived up in the Pacific Northwest for a little while, where the weather is always dark and gloomy, I prefer that type of thing. The friends I grew up with all repped the culture hard, whether it was hip hop or metal, so they also influenced me a great deal.

RD: Who are some legacy producers that inspired your sound?

RD: Let’s talk about your latest body of work, Day of the Jackal. While many of your previous works were instrumentals, this featured a batch of talented rappers like Maverick Montana, Magno Garcia, Nino Graye and Cousin Feo. How did you determine the guest list?

AO: Observe from Loretta Records recommended a bunch of emcees to hit up, so I reached out and asked them if they were interested in getting on some tracks. DropDead Grace is a homie of mine here in Hawaii. He is a dope graffiti and tattoo artist who also raps his ass off and takes ill ass photos. I am super grateful that I linked up with them. All of those emcees that participated are all killers, I am really happy with that project.

RD: Was there a different approach you took to putting this together? Did you have a pretty clear vision of how the project would turn out?

AO: I had a bunch of beats that nobody had got on, so I just compiled a list and emailed them out to all involved. They picked the beats they wanted to rock, and we went from there. Maverick and I talked about titles and tossed some ideas around. We were exploring the idea of hitmen/assassins. I ended up naming it Day of the Jackal after that 1973 movie about a professional assassin who was hired to kill the President of France.

RD: Post production can make or break a body of work, you went with Corey Gipson on the mix for this project. What made you turn to him for the mix?

AO: Corey Gipson is the talent behind all the mixing and mastering of the Death at the Derby series my dudes Cousin Feo and Lord Juco have been banging out. I really like the way those sound and Cousin Feo suggested I let him mix and master the project. I am really happy with the sound. He really went above and beyond, and made some video edits as well. Corey is the man.

RD: If you could hand pick 5 vocalists for your next project, who makes the list?

AO: Man, there are so many emcees Id like to work with. The top 5, if I could pick a line up would be Meyhem Lauren, Roc Marciano, Eto, Knowledge The Pirate, and Willie The Kid.

RD: Do you have any shout outs?

AO: Big shouts to DJ Muggs, Ern and all involved at Soul Assassins Radio show for always playing our music when we have a new release. I really appreciate that support from people I’ve looked up to for such a long time. That is truly validating, and keeps me motivated. Shouts out to Maverick Montana, Cousin Feo, Magno Garcia, Nino Graye, SamRi, & DropDead Grace for getting down with me. The Day of the Jackal project is what it is because of them. Shout out to Observe and Loretta Records for putting out physicals of the project, which you can cop on their Bandcamp. A huge shout out to all the fans that have supported any of my work, I cant thank you all enough. Thank you guys for being interested enough to interview me, much love and respect.