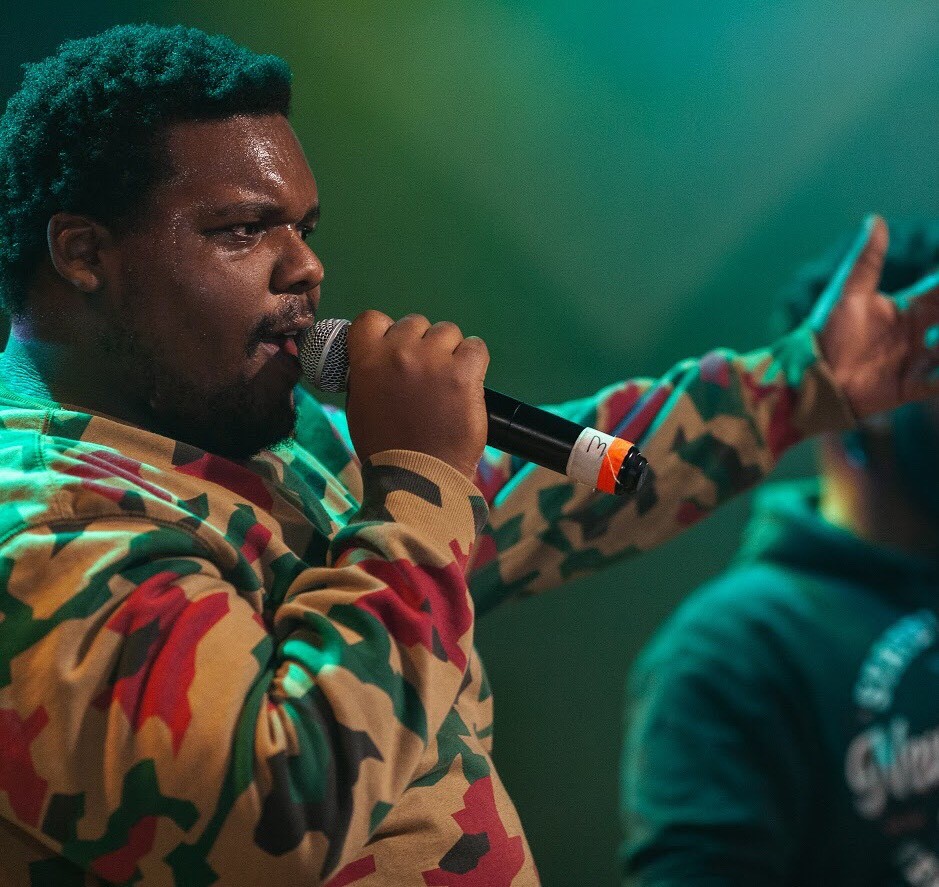 RD: For the uninitiated, tell the good people about your background making music, and your Bagels and Dagels beat tape series.

WB: I was introduced to music as a child by my intermediate family, but its not what I wanted to do. I wanted to be an artist, astronaut which eventually lead to me trying out pro wrestling and then producing. My life is type wild. I started making beats at 18 by the name of “razorSHARPE” which was also my wrestling name.

Years later, I would continue to fuel my passion for music, changed my name to “Wavy Bagels” and here we are. “Bagels for Dagels” is just my personal series of “bagels” for display to ensure that they will keep coming fresh for the people to get.

RD: Finding proper credits can be challenging at times, but I do see a few placements for Intell, U-God’s son. How did you guys link?

WB: I met INTeLL via the brother S.I.T.H (Sick in the Head) about 6 years ago, both repping Staten Island. S.I.T.H.  I was shooting a music video for a joint we did called “Bake the Dough” ft. Mic Handz. INTeLL helped out with photography, and shooting alongside my great friend Alex Antigua.

He recently joined forces with fellow Wu-Babies Pxwer (Method Man’s son), Sun God (Ghostface) and Young Dirty Bastard (ODB) to form “2nd Generation Wu”. We just did a successful show in Harrisburg, PA. I got to DJ. It’s wild to me because I grew up listening to OB4CL and I think about the “keep the family together” line by Raekwon in “Glaciers of Ice”. It’s like watching life imitate art.

RD: Are placements something you pursue, or do you prefer to let the work breathe on your instrumental tapes?

WB: I feel producers today have the ability to do both simultaneously so I never stress one over the other.  I’m currently pursuing the placements that come natural and makes sense for both parties involved whoever that may be, but I am currently working with artists whether they are known or not. As long as the art is not compromised.

RD: You show a lot of love on your Soundcloud, constantly re-posting other’s works. What is the first thing you listen for when you hear a new producer’s work?

WB: That FEELING. If a beat got me thinking or moving in those first 20-45 seconds, I’m gonna share it. I’m also big on sharing the wealth with friends who I feel deserve to be heard just like how that opportunity was given to me. Whattup, Complexion! (Future Beats Show, UK)

RD: If there is an area you could improve at, what would it be?

WB: Between music and film & TV (freelance boom operator) I’ve done a lot of audio work, but recording and mixing live instruments is one aspect of audio I feel I haven’t done enough of and that only comes with practice. Songwriting as well.

RD: What aspect of beat making do you consider your strong suit?

WB: People always tell me about my drums, so I guess it’s the drums. I personally try to have a defining snare in every one of my bagels. The snare always hits me first. Before the kick, before the percussion.

RD: If you had a hefty budget to begin work on a WB producer album with all the trimmings, what 5 talents are you calling first?

WB: Sheesh. This one is tough. I would probably go with Thundercat, H.E.R., Anderson.Paak, Robert Glasper and SiR. I’ll engineer the hell out of that session and be a sponge soaking up knowledge at the same time.

RD: If you could add any piece of gear to your setup, what would it be?

WB: SP-404. It’s been a staple in the beat scene for years and I never owned one, but it’s always exciting to see a peer who owns it engage with it. There’s no letting go of the knobs. There’s always a function to sneak into a mix. It’s fun. That SP-555 is elite too. Shouts to the brother DøøF!

RD: What can you divulge about upcoming works?

WB: S.I.T.H and I are working on a ton of projects, but as of right now we are wrapping our debut project “BrainWavy” coming soon. Out record “Tazmania” is out now. We’re performing May 1 at Wonderville in BK.

Not doing beat tapes this year, but I will bring back my “Wavy Reworksss” series of remixes and edits for the DJ’s. I also heard of this supposed “solo wavy bagels project” but it’s only a rumor.