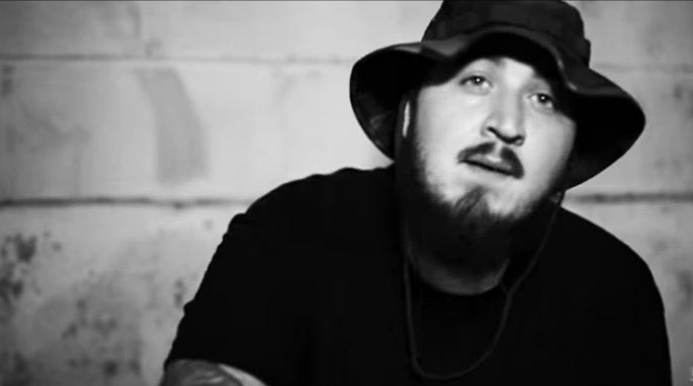 RD: For the uninitiated, talk about your history. How many releases did you have leading up to Slick Talk Season?

S: I’ve been spittin since around 2005, since I was 15. We had a whole gang of spittas with us back then. I mean if you dig hard enough under Toxic Intoxication Recordz, you can find about 3 full length mixtapes. Wish I still had them jawns on disc.

RD: Looking back, what area do you feel you’ve improved on the most since you started?

S: Composition. I’m a huge Big L and Sean P fan so I took the whole multi syllabic style to heart. I’d say rhyming at least twice in every bar to extend the story telling is where I really focused my attention. Back in like 05 we were just battling, so the grimiest shit you could conjure was what was being thrown around.

RD: On Slick Talk Season you tapped in with a number of talented guys. Talk to us about the project, how long did it take to make? What led you to reach out to the guests and producers?

S: I’m really proud of STS, even though it was kinda rushed. Being my first official project I wanted to connect with some of the artists I was vibing with at the time. It probably took about 5 months to release. I heard Daniel Son x Giallo Point’s joint Remo Gaggi, and I was like ‘bet this northern cat is bodying this, let me touch base’. We wound up linking in Jersey City while he was out here performing with Crimeapple for a show. My partner and me loaded up the whip with the laptop and mic stand then drove north to a hotel in Jersey City. We wound up banging it out in Dan’s hotel room with DJ Finn, Futurewave, Asun Eastwood and Blizz there. Mad humble dudes. Fastlife was a different story. I hit him up about a collab and we went from there. My mans had the bars back to me in like 2 days. Salute to Fastlife for that. Most of the tape was produced by Timeflex, I found him on the MurderTheBeat Instagram page and just vibed with him. He actually mastered the entire project. STS title track features Daniel Son and was produced by my partner Veracity. We go back to the sandbox so it was necessary. The last joint Gunfire Romance was laced by Filfy Tarantino, we linked after I collaborated with Fast. Since STS, me and Filfy have dropped another single featuring Killy Shoot.

RD: You’re one of our most local guests, 5 minutes down the road in Camden. What are your experiences coming up in the South Jerz/Philly scene?

S: Crazy, when I was really coming up it was before Instagram and social media it was the Myspace era. In the early 2000’s it was all about battle rap. I was everywhere back then. Every corner I heard was wildin, every battle was like trying to chop somebodies’ head. It was ruthless back then, and I wouldn’t trade a minute of it for anything.

S: I love the TLA and Electric Factory for shows. Seen JMT a million times out there.

RD: What’s the next move?

S: I got a new EP fully produced by Onaje Jordan of the HomeTeam titled Slumlord. There’s some heavy hitters on that tape so keep a look out. After that, I got a collab tape dropping wit MuggzonDrugz. We created a duo and it’s fully produced by NexQuickBeats out of France. Keep a look out for that early 2020.

S: First and foremost my wife for always holdin me down and my homie Veracity for blessing me with lab time since we were kids. I wanna salute y’all at Respec Due Records and Podcast for allowing some local grime ball to get some shine. Peace to all the homies that reached out and built with me, my brotha Cocareef, Chuck Chan, Killy Shoot, M.A.V., Onaje, Jay Royale, Muggz,and Yellow Balaclava. Too many to name